Antigua and Barbuda: Interview with Mr. Stanley Smith
All Interviews 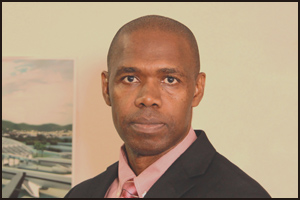 Geographically, the Caribbean region is in close proximity to the United States and South America, which presents many opportunities for the Caribbean islands. What role does Antigua’s location in the Eastern Caribbean currently play in terms of connectivity across the region and what opportunities does it present for the future?

This airport really serves as a hub. However, to be a hub for the Eastern Caribbean, we need to understand the needs of the passengers, passengers coming to the Caribbean, how we actually get them into other Caribbean islands as soon as possible.


The ABAA has been working on a redevelopment project since 2011 and we are now witness to probably one of, if not the most modern airport of the Caribbean region. Can you give us an insight into the changes that have been made and what plans are still in the pipeline for further innovation and modernization?

The new terminal building is 23,000 squares meters, which is approximately twice the size of the existing building. While the processing is similar, there are many more pieces of equipment in the building. Additional services include embarking and disembarking via four passenger loading bridges; automated baggage handling system, security screening system; 46 common-use check-in counters instead of designated counters and self-check nonproprietary kiosks.

What it’s driving the economy it’s the 850.000 passengers per year, however by all means we are a small airport, we have less than a million passengers.
I think the challenge that we face is the cost to take the passengers that can be considered high and we can’t increase it I week say for the next 4 or 5 years, it’s difficult to increase so one of our challenges is how do we grow from non (unethical) revenues so that you are not forced to increase the prices.  So, one of our challenges is to increase the revenues from the 850.000 passengers passing through.


¿So, in what direction are you looking to increase this revenue?

In terms of retail Food and Beverage is going to increase the number of offering and also this old terminal building. But what is the best fit? It would have to do with aviation so we will be able to adapt for the expansion of the new terminal building for further developments. We have to ensure we get it right. So we have to create a commercial village I think, a commercial community around the airport.

-Speaking about the new restaurant that you say you are opening…

In the ongoing we are looking at a second restaurant and we are also looking at a new food court on the land side.


The Port Manager at Antigua Port Authority, Darwin Telemaque, mentioned to us last week that the combined strengths of the port and airport facilities enabled the country to be in a “pinnacle position,” making it an ideal partner for cruise liners and airliners. How do you work together with the port authority and other entities to maximize opportunities for the country? And what measures do you use to reach out and communicate to potential partners?

We had a preliminary discussion. Because we are looking to the expansion of the port and what we bring to the table in terms of the old movement of passengers, we have an excess capacity because the volume of passengers, it’s 850.000 The building was designed for 1.500.000 however we can go up to 2.2 million. Almost three times what we have done. In terms of fitting with the port, certainly we could facilitate, as a home porting destination with the passenger passing through here and vice versa because we have excess capacity.


Do you have any home porting currently?

No, but we are in discussions and excited about the potential.


By what means do reach out to international partners for these opportunities?

We work closely with the tourism board. Every year we partner with them to go to conferences that are speed dating. Most of our marketing out there are through Routes Conference but that is separate from what the tourism board do. The tourism board is more extent as they are the ones that bring more passenger in. We should be a part of the discussion at the table. We also do Routes World in America.


What about reaching out other kind of investors? Cargo for example?

We have not been doing a lot of cargo, and one of the reasons is that cargo was never under the direct responsibility of the Airport Authority. We do not pay lot of attention to cargo but we have started some developments there but the cargo operators are the investors. We are coming up soon. There is a conference in Dubai and we’ll be a part of. We want outside investors to bring things in.


Antigua & Barbuda recently signed an Airline Service Agreement (ASA) with the United Arab Emirates for direct flights between the two countries and thereby opening up further opportunities for investment flow from the UAE. What are your current priorities in reaching out to other new international partners from across the world, especially in the Middle East and East Asia, to increase the inflow of investment to further benefit the country?

We are looking at areas that have not been tackled yet. Currently we have traffic coming from South America, so we need uplift to South America. We have traffic coming from Europe, mostly concentrated in the UK area. We are coming out of the US. It is limited to south Florida and to New York. So we are looking at how we can expand in to other areas in the US. There is a lot to be done so we try to do as much as possible to get an airline but that could take 4 or 5 years…


There is a lot of Investment coming from China and you just signed an Airline Service Agreement (ASA) with the United Arab Emirates. Do you have other plans for those regions?

Not really. Because the marketing of bringing passenger is not really part of the Airport Authority it was mostly managing construction managing the airport but we realized that we needed to increase our scoop and assist to get to the passengers.


Security has been one of the main focuses of the aviation industry, especially over the past 15 years, for obvious reasons. What measures has the ABAA put in place to ensure the safety and security at your airports?

We work with the TSA because as a significant portion of our flights goes to the States, we have to be TSA accomplice, so we have ensured to accomplish that all of our equipment are TSA certified; equipment that they would have used themselves. But in construction with the new terminal we ensure that our security equipment has explosive detections, we make sure that we have x-ray machines, we also ensure that on all our cargo and good coming into the building are w-rayed. So, in terms of the building itself we ensure that everything gets 100% screened. We don’t do selective screening; we accomplish with the three levels. In terms of other security measures, we secure to have security fences.

Also, the training of the security officers, they have constant training to follow the standards of whatever new standard are in place, they are prepared.


Your mission statement is as follows: “To develop, operate and maintain modern, environmentally friendly facilities to promote economic development through competent human resources, functional leadership, a safety and security culture”. Regarding the environmental responsibility clause of that statement, what policies does ABAA have in place?

For the environmental aspect, we certainly try to use as much of renewable energy as possible. We are fortunate to have the blessing of the government and a solar plant that provides some level of clean energy direct to the airport to the APUA, and it comes back here. We have not started in term of recycling inside the building but for our residues treatment plan it’s certainly environmentally friendly.

Currently we don’t do recycling for the residues treatment plan, but now is environmentally friendly compared to what we were doing before.
Also, we try to save paper usage as much as possible.


You were appointed to the post of Chief Executive Officer effective October 2012 bringing with you a wealth of experience from your previous position at Norman Manley International Airport, Jamaica. What accomplishments are you most proud of in your career? What were the biggest challenges?

There are two things: being part of the opening of the new terminal, to be considered part of the transfer and the consultancy of that building so I think that was one part to be proudest of, the second one is being part of the opening of the terminal here, working with a dynamic team to create a new terminal after three years. I think three years of terminal building; since construction to opening was exactly two years. That is an accomplishment that we can be proud of, and once we opened it was processing immediately and during the transition period we were encouraged to do a faze opening, I never believed in a faze opening) if you’re going to open you open, so that was one of our challenges and I think that’s something I can be sort of proud of in my career with the team.


Harvard Business Review Readers include some of the most influential business leaders and decision makers in the world. As a conclusion to this interview, what final message would you like to send out to the influential readers of HBR about Antigua and Barbuda and ABAA?

I think the airport environment is certainly one of the most dynamic. I think years ago, when they had the airport planning, I think it was said, what is it that is there to do with an airport that is already built, what’s the plan, but to keep a facility to ensure movement of passengers from landside to airside is a challenge is a hard task but we realize the importance of it to the economy as there’s no way for the airport to be closed. Antigua depends on it. We have a job to perform, and we’ll continue to perform it to ensure that there’s no stopping of passengers coming to Antigua.

Although considered a small island, Antigua is very advanced. We consider ourselves to be a well-trained people in the Caribbean and even though we are just a dot, we complete a sentence. Therefore, we always would like to keep on ahead and we’ll continue dedicated to do research to be always at the forefront. The countries around us could emulate and the bigger countries could consider us a first-class and first-world country within the Eastern Caribbean.