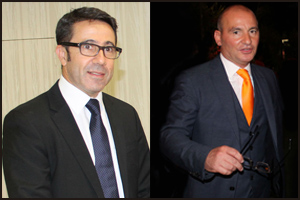 Besides from its energy and agricultural potential, Guinea has a great mining potential. Republic of Guinea is known as a geological scandal because of its large reserve with the best quality of bauxite in the world. In your opinion, what are the major comparative advantages of Guinea compared to other countries of the region?

Guinea is endowed with large deposits and diverse minerals scattered in 4 key geographical regions covering a land area of more than 246 square kilometers. Minerals of such as bauxite, iron, or, gold, potentials and proven reserves are among the largest in the world with high quality grade. It is inhabited by the population over 11 million with the reputation of being peaceful and largely composed by young people which constitute a pool of cheap labor open to education and professional and vocational training. Guinea has a coastal line of more than 300 kms open to the Atlantic Ocean, with a great number of rivers and estuaries all open to the Gulf of Guinea a well know maritime route for large oil and mineral vessels. Situated in West Africa and surrounded by 7 other countries. So, Guinea is an open, socially and political country, members of the among regionals and internationals organizations therefore abided to freedom of speech and Human rights obligations.

I would add few of the key competitive advantage. Guinea offers a very supportive investment environment for foreign investors. The legal and regulatory framework are in place which offers taxes reliefs period and incentives allowing investors to repatriate benefits and offering jobs to expatriate under precise conditions of entering/ exiting with no constraints. And strict and compliance execution of Mining Code and Investment Code are well respected by the government officials.


Under the presidency of His Excellency Professor Alpha Condé, the country had made great strides in terms of transparency and democratization. How do you think that contributed to the economic development of the country? What are your projections for the next few years?

These factors are keys. We, as investors and operators in the mining and logistic sectors, requiring large amounts of capital, we are dealing with long term presence and extensive operations zones which implies stability, sustainability and compliance. Being in a democratic country we are assured by the decision making process and the accountability of leaders at all level in the permitting and approvals works. That implies forcibly traceability of coast and payments, transparency and regular reporting. So we are not only assured by the leadership but also comforted towards the contributing stakeholders.

From this stand point we invest capital in hard currencies hence impact the exchange rate, the economic  growth rate and the balance of payments, pay all the compulsory taxes and royalties, create decent and sustained qualified and non-qualified jobs, generate wealth thru revenues generations SMEs, strengthen the value chain through the local content policy and program, contribute to local communities development by funding well joint selected projects with multiplied effects on the overall local communities. Sponsoring and donations are also what we do spontaneously and on request on the humanitarian ground and our commitment to CSR (Our actual spending has been significantly more than our statutory obligations).

We will keep developing our activities during the coming decade or so, expanding mining to 40 million tons of good grade of bauxite which will go with constructing more infrastructures, engaging the Feasibility study of a modular Alumina Refinery Unit and strengthening our license to operate thru the emerging the Boke Integrated Special Economic Zone. We remain all committed and the consortium participants and shareholders are in line with the Government under the Visionary leadership of the President of the Republic Pr Alpha CONDE to make this challenge a reality for Guinea and the Guinean. The market indicates a fair trend which is for all of us a great window of opportunity to be grasped opportunistically.

We are also exploring for more resources to support the construction of a rail to link Boffa and Boke to our port, the rail will bring added value to the development in that region, on top of bauxite transportation.


The mining sector plays an important role for Republic of Guinea having seven billion tons of bauxite and making it the biggest reserve of the world. However, the restart of production of bauxite from Indonesia and the bauxite production from Australia and Malaysia creates strong competition for the country. How could this affect the price of this mineral? And what effect would it have on the Guinean mining sector?

That is the hard context but do recall that I previously mentioned the Competitive advantage of guinea. Though these countries are closer to key market hence can have a room for cost saving for shipping, Guinea of many other cost factors on which we can control in order to gain benefits. We remain optimistic and our teams are working from the mine to the shipping on all costs to keep our operating costs with a good margin and a RoR ay the right level. Let alone the grade of the guinea bauxite which is good enough to suits into our buyers needs and expectations. Further, by expansion of our production, we can achieve better economy of scale and reduce the cost per ton of bauxite product we produce.


China is the world's largest consumer of aluminum with a demand for 65M tons per year. Before, Australia was the largest distributor of bauxite in China. This year it is expected that Guinea will ship 33-37 million tons of bauxite to China and by this, becomes the first supplier of this Asiatic country. What role has the consortium plays in this development?

We are proud to say that the Consortium is an unprecedented concept of a win-win cooperation between/among notorious corporate organizations leads by visionary Investors and operators, all familiar with their areas of business: Mr SUN XIUSHUN, CEO of WINNING SHIPPING Group, Chief Commander and Chairman of WAP Board, Mr ZHANG BO, CEO of CHINA HONGQIAO Group, and Mr Fadi WAZNI, CEO of UMS International Group, Chairman of SMB Board of Directors. Through their enthusiasm, their interest in a common project, they have mobilized their teams and pooled their resources in a Consortium of companies for a rapid development model. To carry out this tremendous economic and human adventure, the 3 companies have mobilized the means necessary to carry out a project of this scale. It is built on trust and confident in a country of large resources including bauxite. The reliability of the host government by not only the commitment of its leadership but the clarity and comprehensiveness of if Investment regulatory framework and I will add the know expectation.

The consortium will mine and export, keep focusing on its conventional commitment but will work hand in hand with government to expand the value chain and develop more added value by taking advantage of the local content policy and the local and regional economic development initiatives to contribute to the economic development of country. We want to give a real sense to a Responsible mining and meet all the requirements of the CSR and SD.


Thanks to the very good bilateral relations between China and Guinea, the interest of Chinese investors in the resources and development of Guinea is increasingly visible. What kind of result do you expect from this cooperation between the two countries? How your company plays a big role in this cooperation?

Cooperation between the two Republics is a notorious one; it is well known over the African Continent and the whole world since Guinea independence in 1958. China was and is beside guinea at all time and in all areas from medical assistance, to Energy, thru High education, agriculture, etc. Mining is recent but it is bringing in huge change and growing fast and spreading benefits over the country. They are some challenging but we are acting responsibly and activity to work in synergy with all our stakeholders to make these challenges opportunities for the government and the populations. Guinea is key for china, China is an Official Long Term Strategic Partner for Guinea as officially declared and endorsed by Guinea and his Leadership.


Mining activities have a strong impact over the environment. Nevertheless, your consortium is engaged in minimizing this impact and contributes significantly to the social development of the communities by providing jobs, developing infrastructures and working in partnerships with different organizations. Could you tell us more about this aspect of your work in Guinea? What are your CSR initiatives that are you most proud of? Are they any new projects underway or any planned for the near future?

The Consortium’s ambition is to become a leader in environmental and social development issues. This is reflected through various effective measures. SMB implemented several programs, such as HSSE and ESM plans, in order to improve the consortium's social and environmental management and to comply with both national and international legislations as well as sector best practices. SMB also addresses specific concerns raised by local communities. In this regard, a “Dust Control Program” was set up by the company to meet local inhabitants’ expectations as to dust emissions.

As local development is concerned, since it began its activities, SMB has paid a compensation of up to €6.5 million to local communities, created up to 5000 direct employments and 10 000 indirect ones. Our project is the biggest “employer” in the Boke Region with number of local employees far much more than others. More than 90% of the consortium's employees come from Boké and other areas where SMB operates.

Through a transparent recruitment policy and a youth training program operated by SMB's teaching center, the Consortium promotes and enhances local employment.

Regarding SMB's CSR initiatives, the Consortium implements its own ambitious local communities program set up with an annual budget of €1.5 million (this is on top of the statutory 0.5% (on revenue) requirement).

In order to further promote education, health and culture, SMB has fully financed the construction of two schools (in the Kaboye and Kampaté districts) as well as local clinics. SMB also sponsors sports and cultural initiatives such as partnerships with the « Conakry Capitale Mondiale du Livre 2017 de l’UNESCO » or the Wakriya AC football club.

Keeping with the Consortium's engagements, SMB plans to comply with the Initiative for Responsible Mining Assurance (IRMA) certification system, one of the highest standards in the mining industry. Finally, the Consortium is considering the implementation of an ambitious economic and social development program for the territory of Boké which will include all relevant public and private stakeholders.


Finally, readers of South China Morning Post include most businessmen and politicians most influential from China and around the world. Do you have a final message to send them about the Republic of Guinea and your company that would encourage them to come and invest here and choose you as their partner of choice?

Yes, I can say that we are a partner of choice, even a strategic long-term partner of choice. Mining is about decades. It is about spreading activities, employing people, acting and mining responsibilities with norms and standards, ethic and values. We are here to work and deliver value to all in a win-win agreement. We will keep working hard to mine, ship and export but also develop the value chain and create more added value for the future generations. The consortium’s infrastructure (port, marine logistics system, road) can be used to support industries and commercial activities, other than and on top of bauxite transportation. The Consortium is a solid organization and its leadership is fully committed to expand activities and share benefits and contribute to the economic development of this great country. Populations and Human are in the center of our action, their living conditions and happiness are of great importance for all of us. Thanks to the host government and the host populations of Guinea.

May I conclude to congratulate the People of Guinea for the 59th Independence Day with my best wishes of peace, solidarity and progress.