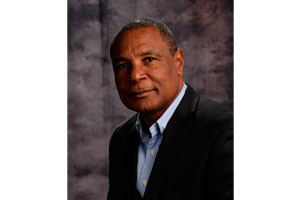 World Investment News (WI): You have a major responsibility with regards to the country's development and economic future. What would you say have been your main priorities were coming into office in 2016 and what have been the biggest challenges that you've had to face on your day-to-day operations?


Denzil James (DJ): My focus on entering SCASPA was to ensure that the corporation fulfills its mandate - which is consistent with both SCASPA's vision and mission statements. SCASPA has a critical role to play with respect to facilitating sea and air trade- as efficient gateways for the movement of both goods and people. It is the esponsibility of SCASPA to ensure that tis process is as seamless and efficient as possible.


WI: Obviously in order to achieve these mission and statements, infrastructure must accompany. What is your assessment of the sea and air transport infrastructure in the country?


DJ: With regards to seaport activities, currently the corporation's main focus is the construction of a new cruise ship pier, at Port Zante, and the rehabilitation and upgrade of the surrounding facilities. The management of SCASPA recognises that the fastest growing industry globally is the cruise industry, a major component of/and a primary economic driver for social and economic development of the Federtion of St Kitts and Nevis. SCASPA is a major player in the marketing of the Federation as a premier cruise destination and over the years has seen significant landmark advancements in tourist arrivals


For this reason, the second cruise pier is being constructed to accommodate, some of the world's largest cruise ships, suchs as the Oasis class. With respect to air transportation, SCASPA has recently seen growth in passenger throughput at the Robert L Bradhaw International Airport (RLBIA), be it is seasonal in most part. This signalled the need for major upgrade of the existing facilities to enhance logistical flows and passenger experience. Such initiative include retrofitting the terminal building for more efficient use of the square footage along with modernising the equipment. The main runways and supporting taxiways have been resurfaced and fitted with upgraded solar lighting.

WI: How would you define the socioeconomic impact of these milestone projects and how are they benefiting local contractors and companies in terms of business opportunities and local employment?


DJ: There will always be important spinoffs and trickle down effects emerging from these types of milestone projects. As these projets advance, they spur economic activities across all sectors, creating a multiplier effect , " high tides raise all ships".


WI: What is the commercial shipping industry's current impact on the country's economic revival, and what role does the Deep Water Port play as a catalyst for socioeconomic development and progress?


DJ: The Federation imports most of its products as it does not have a vibrant manufacturing sector. For this reason, SCASPA's role in both sea and air ports management is so critical. On arrival, goods must be offloaded in a safe, efficient in a timely manner. This function therefore demands the requisite type and adequacy of equipment be maintained. As a result SCASPA, in the most recent past, has made significant capital in capital equipment, which forms critical component of the five-year strategic plan currently being developed.


WI: The funding of these projects can sometimes be a challenge. What can you tell us about this?


DJ: The funding for the construction of the second cruise pier was raised on the local local market through a syndication, which is extremely rare. Usually these projects are usually financed by external creditors. Foreign investment is critical for these types of large scale infrastructure projects but SCASPA, like other public corporations, should be very carefull with regards to what type of investment arrangement and/or partnership are forged. Such large investments and partnerships must be pursued on a "a win-win" scenario, and have a direct economic social impact, felt by the "common man".


WI: With regards to energy, SCASPA is going green. You have committed yourself to changing the way you consumes and emit energy in order to protect environment; and the solar energy farm is a great example of your green approach. What steps are being taken to reduce energy consumption and increase energetic efficiency?


DJ: SCASPA has rolled out a few components of its "going green" initiative. However, there was serious protraction to its solar plant project. SCASPA has done a very good job outside of the solar farm situation. Other steps in the "going green" direction involve the use of energy efficient lighting throughout its facilities and solar lighting for the runways/taxiways at RLBIA. Further, enhanced technology in its daily operations in order to transition to a more paperless environment.