Antigua and Barbuda: Interview with Mr. Antoine Browne
All Interviews 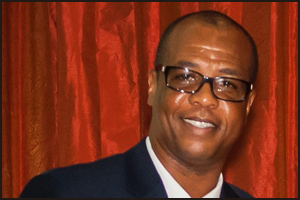 One advantage is that you have a much smaller population. Given the size of the island and that we have a total of around 100,000 people including expats and locals, Antigua hasn’t been overly developed like other countries and there’s a lot of space between properties, which are tucked away. This has prevented overcrowding and Antigua losing its appeal because people aren’t stepping on each other. Also, the island is shaped like an octopus with all its tentacles in different areas so to get anywhere you have to drive along the coast so getting anywhere is a sightseeing tour as opposed to everything being in the same location. So, it has that unique structure of allowing you to meander along while just going to your property.


Tourism is the main driver of Antigua & Barbuda’s economy, accounting for 60% of GDP, more than half the jobs and 40% of investment, yet it still has a lot of potential. In what ways do you see it growing in the future?

I see it growing. In the industry, there has to be a lot of rebranding. A lot of properties here are pretty much retro, which keeps the interest of baby boomers etc. so the way that this can grow is that you can have the millennials etc., all those who are now starting to travel. So, redeveloping these properties to make them more modern and better suited to those types of travel. It has amazing potential and again it’s not already overcrowded so there’s room to expand while still keeping a lot of their charm so you can add, as the Prime Minister has said, over the next 5-10 years up to 10,000 new hotel rooms, which would be about a 200% increase because we have about 3,000 room. For us to get there will be a major milestone so the growth potential is amazing because there’s a lot of technological aspects that come along with new rooms because people want savvy rooms that have high speed internet, televisions in the mirrors etc. so this sector can drive growth to heights we can only imagine right now.


Over the past couple of years, we’ve seen a specific effort by this administration to diversify the sources of tourism, with new airlines serving the country, deals with the United Arab Emirates, or the Yida Special Economic Zone. What are your plans to seize this opportunity and diversify your clientele?

Especially now with the Brexit throwing everything up in the air, we have started to target different markets. For Jolly Beach, we are working with an Italian charter that will bring guests here. We are working with our American and Canadian markets to protect ourselves from any losses from the UK market. So, we want to diversify our market and we have really looked at where we bring clients in from.


Antigua & Barbuda is clearly a high-end tourism destination, and you are a high-end brand. How do you promote and market Jolly Beach Resort?

We sell it as a family and singles destination because here at Jolly Beach we have one of the most beautiful beaches on the island of Antigua. So, the idea is to really market Jolly Beach as a fun-filled family destination but also one that is close enough to town (just 10 minutes) for someone who wants to come on business but just do the 9-5 and for the rest of the evening be on Jolly Beach or in Jolly Harbor so we have to try to sell it as an economical/affordable and easily accessible destination.

Our group has been managing Jolly Beach for the past year. The previous owners were somewhat challenged so the government asked us to step in. We have already spent about $2 million and that is only in bare necessities but given what needs to be done with it, there could be as much as $30 million pumped into that property. This is one of the most sought after properties on the island simply because of the beach and the location so Jolly Beach sells itself more or less. It has 464 rooms and so it has to be successful for the island to be successful because it is one of the only 3* properties on the island. You need the variety that’s why it’s so important for Jolly Beach to to be a success so we must do it right so we can have the diversification of clientele.

Also, on another note, we need to align our brand with the goals of the country. Specifically, we need to look at how we can contribute to the Prime Minister’s ultimate goal of turning Antigua into an economic powerhouse. For us in the hotel sector, for example, if there’s a local farmer, we need to support him rather than importing every single thing for our guests.


Tourism in Antigua & Barbuda is facing new challenges, a cruise ship deciding to focus on Cuba this year instead of serving Antigua as it usually does, or the threat of Zika which could scare some tourists away from travelling to the Caribbean. How have these impacted your business so far? What are you doing to address these challenges?

For us, Cuba has always been open in a sense because it’s really only the Americans who couldn’t have gone, British were able to. We have a good repeat clientele who comes to Antigua and Jolly Beach. We are looking at tapping into the American market because until a few years ago, this island was dominated by UK travellers. Now the American market is just starting to come in. The Canadian market has been affected by exchange rates so we are working with our partners to ensure we offer affordable trips.

As for Zika, every person here who checks in gets a Zika information packet. We also have stepped up fogging so we do it twice a day and we are explaining this to our guests before they arrive so we are trying to be very open about it and the fact that something is being done. Unlike some adults only and honeymoon targeting resorts, our target market isn’t couples etc. so we aren’t as affected by Zika. We’ve seen encouraging sales from the UK, US and Canadian markets.


Last year, Jolly Beach Resort was facing several economic problems when Robert Barrett, who operates several hotel properties on the island, put together a 90-day Interim Management Plan. How has the situation changed since then? What kinds of changes were carried out and how has this benefitted the hotel?

Out of 464 rooms, when we took over this hotel, only about 150 were able to be used. Now I’m up to nearly 400. I’ve bought new air conditioners and air handlers in the rooms, new furniture and renovations for the restaurants and watersports equipment. Also, the beach looked like a shanty town and we cleaned up the pools, put in a 60,00 gallon desalinating plant to produce water, changed pipes to the rooms and put in new water heaters because there was limited to no hot water. The clients weren’t expecting anymore than 3* but it was operating as a 1.5*. So, initial investment was what was needed to bring this place to FTO standards. We have seen a positive return on investment based on the bookings that we are getting. We also painted the entire property. There were on day one 120 dead coconut trees so we cut them down, removed them and planted over 200 new plants. We still have work to do but once we are given the green light, all the gloves will be off and we will go full speed ahead.


The mandate of Antigua and Barbuda Hotel Training Institute (ABHTI) is to produce a quality and skilled workforce and professionals for the Hospitality and Tourism Industry. However, the country has a very small population and workforce compared to the number of hotels. Are you able to find the skills and trained workforce you need in Antigua & Barbuda or do you need to hire people from abroad?

A little bit of both. When I hire in some instances and based on the need, I believe in “hiring on personality and training a skill” because hospitality is about people taking care of people. Up to 85% of our staff are from here because it’s mainly a matter of being able to articulate yourself to a guest, smiling and having a conversation but yes, we still need to bring in some specifically skilled persons to get things done. This is good for diversification in the workplace though because the small island culture means not everyone is always open to other things. We invest in training and development in our staff so for example, four weeks every year we have trainers come in to train in all specialized areas. I’m also trying to create an employee engagement index survey to see how people are engaged.


As a general manager of Jolly Beach Resort, what are you most proud of? What have been your biggest achievements so far?

Before we took over there were times when staff were not collecting a salary. To be able to put the property on a financial footing and to ensure since January that staff have never missed a pay check because we have been able to operate it successfully to ensure the profitability of the property and financial independence is my biggest accomplishment thus far as well as regaining respect for the property. Our conference rooms have not been empty recently because the word has gotten around that Jolly Beach is back! So, ensuring Jolly Beach has been able to reemerge as a destination is what I’m most proud of.


Readers of Harvard Business Review include some of the most influential business leaders and decision makers in the world. Do you have a final message as a conclusion to this interview?

Antigua and Jolly Beach are both open for business and looking forward to welcoming you and ensuring you have a true Antiguan experience. We are going to work our hardest to ensure your expectations are not met but exceeded ten-fold because the work that’s going into the development of this country as well as Jolly Beach resort won’t stop there. We are taking it to new heights and we welcome you along for the ride.