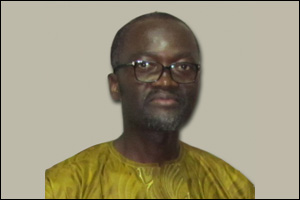 Europe is in economical crisis, the USA is also having economical problems and the arab world is not politically stable, all signs show that Africa is the next destination for investments. What is your point of view about Africa as an investment destination, and how do you see Gambia within the region.

The 21th Century will be African.It is true in a sense. However Africa has a long way ahead. The continent’s economic growth has been viewed as good and encouraging but unfortunately the growth is not inclusive. Unemployment is still very high in Africa. Youth unemployment is at an alarming rate and as long as African governments do not tackle this issue, we cannot enjoy the benefits of economic growth to help alleviate poverty.

The Gambia of course is no exception. That is why the Government, under the dynamic leadership of His Excellency Sheikh Professor Alhaji Dr. Yahya A.J.J Jammeh Babili Mansa, President of the republic, has been doing and still continue doing, all it can to improve the living conditions of Gambians, to train, educate and empower the women and the youth. Other important problems the African governments are facing are the issues of security and Ebola.

What happened in Mali, where the so called “Islamists” tried to disrupt and destabilize once a very stable country, was a big challenge to our continent in general, and to our sub-region in particular.

Thanks to the prompt intervention of the French armed Forces, the worse scenario was avoided. We should be grateful to the  French President and the French people.

African heads of state have been consulting each other and today they succeeded in putting an African Force supported by the International Community in terms of training, intelligence sharing and logistical support.

One of the hallmarks of the Second Republic of The Gambia has been massive capital investments into public infrastructure. How far as The Gambia come in terms of putting in place the necessary infrastructure for its socio-economic development?

Infrastructure plays an important role in rapid economic growth and making this growth inclusive by sharing the benefits with poorer groups, particularly in remote and isolated areas.

It is for this season that H.E the President of the Republic decided to invest massively in infrastructure.

Today there are more than 1000 kilometers of paved roads around the country compared to about 374 in 1993 and these roads have facilitated domestic and international trade. can you elaborate on how it improved everyday life and also on how it contributes to agriculture?

Road infrastructure is regarded as an important factor in agricultural development. The Gambia, being an agricultural country, and on the other hand, the President of the Republic, in order to achieve his vision of “transforming The Gambia into a trading, export oriented agricultural and manufacturing nation” had the foresight and wisdom from the onset to give priority to transport infrastructure which is one of the means by which agricultural produce in farms are moved to different homes and markets, thereby generating income.

The sea port and the airport are also going through tremendous transformation as both are implementing projects to improve their competitiveness within the sub-region. For instance, recently the Ministry through the Gambia Civil Aviation Authority signed US31.9M Phase II Airport Improvement Project. What can you elaborate on these improvements at these two important ports?

The Port and the Airport are all part of the gateway projects of H.E the President of the Republic. The country is blessed to have access to the Atlantic Ocean.

The Gambia is part of Economic Community Of West Africa (ECOWAS) which comprises 15 member states and has great a economic potential.

If we develop the infrastructure and upgrade The Gambia Port to make it more competitive, then we can serve better the landlocked countries in our sub-region.

The Gambia through the Transport Ministry is looking at the possibility of starting railway service in the country. What can you tell us about this project and what projected economic gains will it bring to the country?

Since the President came into power in 1994, it was part of his quest to improve on the living condition of the Gambians and the movement of people and goods. Railways are the most effective way of transporting high volumes of passengers and freight. The Gambia being an agricultural country and the sea transport not being as what it used to be in the 70s he thought that having a railway that will connect to Senegal and by extension to the Trans Ecowas railways project which will connect Lagos, Lome, Ghana, Togo and other countries will open way to The Gambia - the Gambia’s products, as a super market of the sub region because we largely depend on the transit trade.

This will benefit the country and the Gambians more particularly, the farmers in term of transporting their farm produce from the province to the cities like Brikama, KMC, Banjul and others for places for sell. Also we can be re-exporting to other countries of the sub region and beyond. So that is the whole idea of having railway to ease up the heavy load of the roads in The Gambia.

What new projects are in the pipeline to add to the existing infrastructure?

H.E The President of the republic has so many projects in mind. As you must be aware, we are now on phase ll of of the airport expansion project. It will include a new terminal, a maintenance hangar for routine maintenance of aircrafts.

In addition, H.E  the President of The Republic intends to build a second airport to boost Gambia’s competitiveness in the aviation industry bearing in mind that apart from agriculture, the Gambia  largely depends on tourism.

He also had in mind to build a conference city to develope conference tourism as well.

Are you looking for more partners or investors for the projects you have for the Ministry?

Definitely, the country is looking for more partners because the Gambia is a safe country, a country where they can feel very much at home that’s why it is called the ‘Smiling Coast of Africa.

The most difficult question for me is the one you just ask. I always feel shy to talk about myself and I always tell people that I preferred to be judged through my action rather than me blowing my own trumpet.

Is there anything you will like to share with our readers as potential investors to the country?

The only message I have for the readers of eBiz guides and potential investors, is that there is no better place in the world to invest, than in the Gambia, a friendly peaceful and stable country where the investors can feel at home far from home.