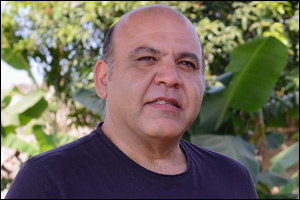 Today, Europe is in economic crisis; the US is not doing very good, and the Arab world is not stable on the political side.  All signs show that Africa could be the next destination for investment.  What is your view on that?

The Gambia, like some other African countries, has a lot of resources.  For example, in The Gambia, there is abundant sun, and stability. The country’s potentials for agricultural growth are enormous, and it has prospects for oil.  Africa is a land of opportunities, particularly The Gambia with its peace and stability.

Can you tell us the reasons that brought you to The Gambia after about 50 years of operations in West Africa?

We know The Gambia even before coming to the country because we have our company in Senegal and Guinea Bissau, which are all neighbours to The Gambia.

The Gambia is not a very big country but it is stable.  Initially we could not take a decision to come to The Gambia because it is an English-speaking country and we are not very good in English.  But we had good reference from Senegal that there are big opportunities in The Gambia.  So we came.  We were given our first project: the construction of a 25km road.  We finished it on time, which had not happened in The Gambia for many years. The government was therefore happy with our job.  So they gave us other projects we are currently implementing.

Can you tell us more about the projects you are doing currently?

We are doing a project at the airport and another project on bridge construction.  The airport project is an 18-month project that started about two months ago. It is a 34-million-dollar project funded by the Arab Fund and the Gambia government. The project is a rehabilitation of the old terminal building, including taxi lanes, packing area and illumination ambiance at the airport.  We are executing the project together with a Kuwaiti company.

For the bridge, it is 1-kilometer bridge financed by the African Development Bank. We signed the project about three weeks ago and its worth is about 51 million euros. We are partnering with a Spanish engineering company in this project.

You mentioned that you are partnering with Spanish and Kuwaiti companies in the projects you are implementing at the moment.  Are you looking for more partnership of this kind?

We are open to giving our experience to other companies; so partners are welcome in other projects we may be doing in future.

Can you give us some key figures about the company – annual turnover, number of employees, etc.?

The company has mainly two branches: construction and mining.  For the construction branch in the last five years, our turnover has been about $50 million but from this year it is expected to grow to about $80 million.  In these three countries - Gambia, Senegal and Guinea Bissau - we are operating, we have between 1,000 and 1,500 employees.

Where do you see the company 10 years from now?

Initially, when we came to West Africa, we were sub-contractors for a European company.  We learnt from the company and later we surpassed them because we are aggressive in doing business.  Europeans are complicated but the Whites are more flexible and they work hard.  The Whites work for 17 hours a day but in Europe, they cry about the 8 hours they are working; this is why Europe is going down.  To succeed in business, you have to be aggressive and competitive.

This is why within three to five years, we grew significantly. In the seventh year of our operations, we doubled our turnover and started growing very fast because of our aggressive business model.

At the moment, in Bissau, we are doing a project that is worth about $100 million; in Senegal we have a national road project of more than 50km we are constructing.  So in all the three countries, we have three big projects.

What have you learnt in the past that you are using now in your business?

I learnt from my father that I have to be positive, wake up early, listen to others, take a little risk sometimes and go by the heart and mind.

What are you most proud of us with your achievements?

We have never had problems with any contractor; we are not that type of company that always claim money from their contractors when the project has not finished; we are not like companies that while they are yet to finish their work are claiming the most of the money.

However, we are not complacent about our achievements; we want to grow bigger and bigger and open branches in other countries like Guinea Conakry and Mali.

We are the leaders in civil engineering and road construction because that is our speciality, and we can do everything in construction.