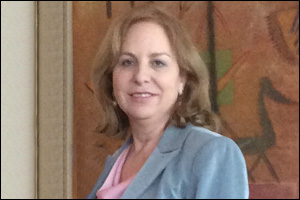 Several huge changes have occurred since President Enrique Peña Nieto took office in 2012. What do you believe Mexico still needs to do to reach its full potential?

I think the reforms in Mexico were long overdue. What is still unknown is how exactly they will be legislated, which I believe Mexico still needs to figure out. We have a lot of laws and many excellent reforms, but executing and implementing them is something that must be cared for day after day. So, the Energy Reform is a great start, but I believe we won't start seeing results for another eight to ten years. That being said, this is a process that puts Mexico in a much better position than what we are in today. This is good news, but not news that can immediately be seen.

In recent months, the price of oil has dropped unexpectedly. Do you believe this will negatively impact those considering investing in Mexico? Alternatively, do you believe Mexico can use this moment to crate more investment in the energy sector and position itself as a more attractive location for foreign investment?

I personally believe we will see a reduction in the speed at which investment was thought to come, but I don't think it will stop all together. Mexico is a country with one of the highest levels of energy production in the world, and the investor that enters first is the one who will best position him or herself. The price of oil will eventually rise - it cannot stay low forever. Therefore I believe that investment will not stop in Mexico. That is why, specifically talking about the Energy Reform and the fall in oil prices, we will most likely see results in 10-15 years.

In any case, investments where there is drilling and infrastructure involved, are not something you can see results in overnight. They are projects that last between four and five years. That is why I believe they will come, but they will be more selective, and in the long run, I hope they will benefit the country.

PPG is an expert in materials like fiberglass, which is one of the main materials used in the wind power subsector. What future awaits renewable energies and what steps must be taken for the transition to such energy to be the most effective?

One of the goals of the Energy Reform is not to just change the way in which we exploit the petroleum or to fulfill the demand related to the energy costs in the country. It is also promoting the switch to other types of energy that are more environmentally friendly. This will eventually happen, but unfortunately, the low cost of oil will not help the cause. We work on the blades, for the most part, in the north. Today we are competing with Brazil, which is a very diverse market. What PPG is looking for in Mexico is to work with industries that are concerned with the environment. Many projects dealing with wind power come from Spain, and we work for many of the companies doing projects there. The infrastructure is now beginning to allow for a change a bit more on the side of renewable energy.

PPG buying Comex, a well-positioned in Mexico, has been the subject of some debate. What was the strategy behind this purchase?

Something PPG has always wanted to get involved in is the large-scale paint coating sector for buildings. In Mexico, we have never participated in the sector, and it is what we needed to add in order to finally say we are leaders in the whole country. The opportunity with Comex presented itself, which meant joining the largest company that is the most widely recognized brand in the country. Our best shot at entering the architecture paint sector is with Comex.