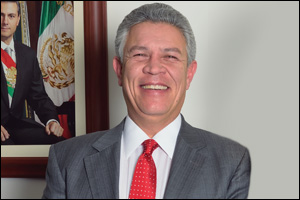 There are high expectations associated with the Energy Reform as its supposed success will impact a number of key sectors in the Mexican market. Unfortunately the enormous drop in oil prices was not taken into account when the reform was created. What does this unexpected change mean for the success of the reform?

Whoever is surprised by the price of oil is someone who does not understand the energy and hydrocarbon sector. This "news" about the price of oil is not news. Crude oil is a commodity, and as such, there are free price regulations applied to it based on supply and demand. Without a doubt, in the case of petroleum, there is a fundamental geopolitical influence. It is of great interest to many throughout the world, and not one country can control the prices associated with it.

Acting surprised as if this were a stroke of "bad luck" isn't logical. It is more a matter of luck that the we have seen historical highs in oil prices around the world for the last10 years. A fact to keep in mind is that production is increasing: Colombia and Brazil are producing more. Argentina has begun producing crude oil, and even some African countries have started...Besides that, there are a specific energy movements going on in countries like the US where they are working with shale gas. If one were to look over the world inventory of crude oil, it would become clear that what is going on now is not what had been seen in the 70s, 80s, and 90s. During these decades, it was expected that there would be a decrease in the production of fossil fuels; however, some years later, large oil fields were found in deep water locations where shale gas is now found.

We cannot, of course, forget about cases like that of Norway, Azerbaijan, or some of the countries in the Arab world that are taking advantage of this moment of low oil prices by investing in the sector.

So, how do you explain companies like Baker Hughes laying off many of its employees.

There are examples that indeed show that companies have suffered negative effects in their monthly earnings and have had to reduce costs, but you can also look at this from another angle. There are other companies related to the energy sector that have be affected by the fall in oil prices (manufacturing, textile, chemical, automotive industries), but it is not in fashion to talk about them. These companies are actually positively affected by the current situation since costs are reduced, and they are able to become more competitive.

If the prices have affected Mexico it is because we are not yet independent from this resource. From every 100 Mexican Pesos of public spending, only 34 Mexican Pesos come from what has been gain by the country's work with Petroleum. In the case of Russia, for example, it is 58%.

Mexicans must realize that it is not our responsibility to worry about oil prices. Production will ultimately determine our success. Mexico las more than a million barrels of oil per day in the last decade alone as a result of not opening the sector to competitions. We must invest wisely so our production may be stable.

Another piece of news that has raised questions among potential investors is that of the corruption and insecurity of Mexico at the moment. To what extent do you believe the country's image problem will influence the Energy Reform?

This is not something new. While the problem has not yet been resolved, there has been a lot of effort put into making real changes. Mexico is moving forward in its goal of projecting a clean image to investors, but this may not be enough. This is a problem that affects Mexican families and their freedom. I believe that President Peña Nieto is taking this issue very seriously, and he has made it a priority that extends beyond the interests of any specific political party. I hope Congress understands that this is not an electoral issue, but rather, it is an issue that goes down to the very heart of Mexian society.

We need to legislate, not only to combat the effects that come out of the country's safety concerns, but also for a more equal distribution of wealth. The lack of job creation with decent salaries is the true cause of all of this insecurity.

Reforms like the Energy Reform can truly mark a before and after in terms of creating such conditions. Opportunities in different states are being created, keeping in mind that each state is quite unique. This does not mean we will leave regions behind that do not have hydrocarbons. The president is already working on managing such regions as Oaxaca, Michoacán, and Guerrero.

Northern Mexico has a very stable economy, while southern regions are much more regulated, and the government is creating free zones there in order to incentivize new industries. We have discovered that one of the main causes of development stagnation in some of the most difficult regions is the shortage of gas.

From our talks with the CFE and PEMEX, we were surprised by their optimism. Do you think they are underestimating what will be their new competition?

I think they have understood that the monopoly is over and that the only way for these statal companies to survive is through know-how when it comes to competing and cultivating partnerships.

They must know how to develop the market and receive investment. The fiscal model was created so it would be the same for both the public and private sector. What interests us most is that the state creates more revenue, there is more investment, and more jobs created. What makes me most happy about the Energy Reform is that I know that we created an effective and efficient medicine to kill the cancer in Mexico. This cancer is called unemployment, which has translated into poverty.

From the point of view of a foreign investor, what would you say is the most attractive part of the Energy Reform?

Mexico is attractive for many reasons. We are the third largest market in America. This country, as opposed to places like Brazil, shares a large border with one of the largest economies: that of North America. We are the entrance point to Latin America, and the country touches both the Atlantic and Pacific oceans. We are a young country with a great deal of human capital.