Myanmar, Republic of the Union of: Interview with Mr. Selva Kumar
All Interviews 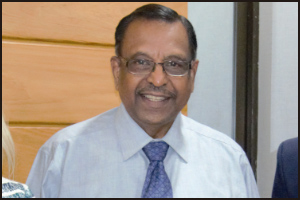 The aviation industry in Myanmar has great potential for growth; it is a country with 51 million people and vast natural resources that can be transformed into good business opportunities. There are plenty of destinations for tourism and the economic growth that we are witnessing can also attract business travellers.

China can be considered the Asian giant that offers the widest range of options in terms of tourism, nature, historical architecture, traditions and customs, followed by India; they would be the first group of countries in this part of the world. Then comes a second group with countries like Myanmar or Indonesia that have great potential for growth in industries like ecotourism and architectural tourism. In Myanmar, we are now reaching slightly more than a million travellers, while our neighbours bring from 8 to 12 million, so the growth here has to be promoted and supported.


Another feature of the aviation sector in Myanmar is the strong competition. It is a very fragmented market with 11 local airlines competing on the same routes and international carriers entering the market. How can Air Mandalay compete in this business climate?

The market is indeed fragmented, which means that we have to find ways to work together by allowing market forces to help it evolve. This could be by merging or by code-sharing and pooling resources.  At Air Mandalay we will have to find our own niche market, there are a lot of areas that no other airline has explored or even considered as an opportunity.

For example, in our case the leisure and business tourism go hand in hand because business growth also promotes tourism, so we have to focus on both, not ruling out any possibility. Air Mandalay focuses on domestic travel; it is a relatively big country with 1.300 miles from north to south so traveling by jet is really convenient and we are operating in this market with three national routes.


Air Mandalay was created in 1994 as the first privately owned airline and nowadays you operate three routes. Last year, when you returned to Air Mandalay, you said that the company needs to operate in a niche market and that the company would need 5 jets to make profit. Are you planning to establish new routes or acquire new planes?

We are now focused on increasing the frequency of flights and considering the acquisition of more planes. The tourism market demands a high level of reliability, and we are working on it by offering more services in terms of frequency and aircraft expansion.


You have recently launched an online reservation system that enables your clients to make online bookings and to interact with the company. Innovation is fundamental for being competitive in the aviation industry. Could you give us more examples of the changes or innovations that Air Mandalay is implementing?

Certainly, we now have an online reservation system similar to other airlines with which the client can make special requirements in addition to standard services such as checking-in online. Beyond that, we have to look at technology to support our logistics mechanism in order to increase efficiency and productivity. We work with international companies in Myanmar that provide us with reliable services in terms of logistics.


In 2014, Air Mandalay had to temporarily stop flying, a situation that lasted a few months. The company has faced structural challenges, such as poor capitalization and difficulties upgrading the fleet. How have you solved these issues to keep operating and what is your vision for the future of Air Mandalay?

Every company faces challenges and here we have had to deal with a complex business environment and a lack of support from the financial institutions, at the same time that we have immovable assets, such as aircraft. The banks were focused on land and real estate, and the access of the airlines to credit was difficult. Today the confidence of the investors is higher and the stakeholders are willing to invest more money to expand the company, in our case to acquire more aircraft and boost our operations in the region.


Mr. Kumar, you have been contributing to the growth of the aviation in Myanmar for most of your career. Not only in Air Mandalay, but also in Apex Airlines for three years and as an advisor to the Myanmar Tourism Marketing Committee. What are the skills and the attitude that a leader needs to succeed at the head of an airline?

First of all you have to be patient and not stress too much, because it would be very negative for the company if you transmit impatience or worry to your staff; you must have always a positive attitude.


Foreign investment is key for the future of Myanmar and the international capital can contribute to the stabilization of the aviation industry in Myanmar. What would be your advice for investors that are considering coming to Myanmar?

Myanmar is a fresh market for investment as we are starting from a very low base. Any investor coming from Europe or elsewhere will be relevant for the country. If we compare it with other countries, such as Vietnam, it is possible to make some parallelism. Look at Vietnam now and compare the current situation with the country of 30 years ago. Myanmar can grow substantially; it has a strategic geographical position surrounded by a population of 4 billion people that comprises a lot of niche markets. There are green areas to invest and do business.

Other countries have undertaken policies to take advantage of their location, for example Singapore has become the financial hub of the region, and Myanmar has the potential to do it as well. Historically Yangon has been a financial, cultural and medical center of reference in the region. Now we have to look again to those areas that we can embrace to compete internationally, our own niche markets.

To sum up, Myanmar has the potential, so people have to come to explore it and take it to the next level. They can come and see the country by themselves because the international media does not always give the whole picture of the reality. If you really want to know the country, come here, meet the people and talk and get a view for yourself!