Myanmar, Republic of the Union of: Interview with Daw Poht Poht Kyi
All Interviews 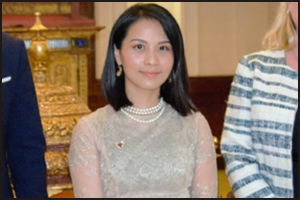 Myanmar has historically been a reference in South East Asia in terms of education. After Burma (Myanmar) achieved independence in 1948 its schools were regarded as among the best in Asia. However, during the period of isolation from the 1960s to 2000, educational standards fell. How can Myanmar aspire again to be the “first Asian Tiger” when it comes to education?

In Myanmar positive things are happening and all the private education actors are trying their best to deliver a high level of education but it is difficult to see results at the moment. We might need to wait a few years in order to see more improvement in private education.

I do agree that in 1948 the education system of our country seemed to be one of the best in the region. This is the history that we would like to return to in the future and that is why we deliver a very high-end quality education, to ultimately promote a positive change for our country.


The National Education Law of 2014, with the amendments introduced in 2015, regulates education in Myanmar and the government is currently drafting the law that will regulate higher-education standards. Do you think that this law is advancing in the right direction?

Yes and no. We have participated with other private universities in meetings with the government, but we realized that we also have to invite a lot of practitioners, scholars and members from third-party organizations in order to construct a framework that is in line with the ASEAN standards. However, this is a very difficult task and we need time. I do not know when the new legislation will be implemented, but it may take a bit longer. Improving education requires a lot of resources and support from other countries with a stable framework.


Until this new law is passed, cooperation between Myanmar universities and foreign universities is key for the recognition of degrees. In your case you have partners in the United Kingdom, in particular Northampton University. How do you collaborate with international universities?

We currently follow the UK regulations of Northampton University and at the same time we are the approved college of Pearson education, which means that we need to follow all the rules and regulations set by the United Kingdom. We have faced a lot of difficulties during the standardization framework to control the quality of education, and each year the authority from Northampton University comes here twice to make sure that the quality is exactly in line with UK requirements.

It will be important for the future to have our own regulation in Myanmar to offer degrees with national homologation. The purpose of having standardization and approval from the government is to make sure that each university here provides the same standards as the United States, the United Kingdom, Singapore or Malaysia.


In this regard, how can you encourage the local universities to take the lead in the education sector?

We all decided to study at university because we would like to have a better career and the quality of the education is paramount in this regard. That is why we have to make sure that the quality that we are delivering is high enough for the students to have a career in the future and having the standardization is the best way to have a competitive advantage.

How can we compete with international universities? I strongly suggest all the local private higher education providers follow the rules and regulations set by the government that will, in turn, have to be very demanding and standardized.


Myanmar Imperial College was founded in 2006 aiming to set a reference in the higher education sector in Myanmar. Can you tell us more about the vision and the goals of MIC?

It is quite a long journey: I founded the college when I was 18 years old. Back at that time, some of my friends told me that I was doing something stupid but I just had in mind that I wanted to implement my dream. All the capital I had was 2,000 USD with which I rented a really small place.

The first step was to start working together with Singapore University, and then UK institutions came as well as a university from Australia. We started to recruit students who would like to go to the UK and the other way around, bringing students here from those countries.

Our first programs were very short courses for only five to ten students who are willing to pay 200 US dollars for three months. We kept growing until 2011 when Myanmar Imperial College had sent around 500-600 students to UK universities and Australian universities. At that time, I felt like I had made a mistake because we lost 600 talented people of my country to another country. We introduced some changes after that; I decided to work together with Northampton University to deliver the diploma program and then the Master’s program and we recruited around 30 students for the undergraduate Art and Design and Business programs.

In 2014 or 15 we decided to invest in a new campus. Again, I was told that it was a mistake to invest 3 million in higher education because the return was complicated. They thought that the people in Myanmar were not ready for this kind of education, but I refused to think so. I was convinced that they were going to be interested, as finally was the case and we created an MBA program.


Keeping the talented professional is a challenge for developing countries like Myanmar. How can you manage to keep them in the country instead of sending them abroad?

So let me start with a question. Why do people want to go abroad instead of staying in their own country? Because they would like to have a better career, a better salary and a better environment. We have to create that environment in Myanmar. I feel like this is one of the messages that I would like to send to all of my students, all of my friends, all of my faculty and all of the business personnel; let’s create a better nation. We need to invest resources to produce this change.


HBR’s core values are education, innovation and technology. What are the main programs in terms of innovation that you are carrying out now?

Innovation is present in everyday activities; it is a mindset that we try to transmit to our students. We encourage creativity and critical thinking. We want to see each student doing something different, like in business, they have to think out of the box and try to innovate, and create new things. I see creativity and innovation as a process, a concept that we humans have to have in our brain and in our heart; we encourage our students to be entrepreneurs. Therefore, creativity and innovation are embedded in the whole MBA program of Myanmar Imperial College.


After going from five students to 1,500 graduates, what is your vision for the future of Myanmar Imperial College?

I want to create a university with prestige for my citizens, my society and my country. That is my inspiration and my passion, and I am going to do everything that I need to do in order to achieve my dream.

It will take time, years, but if I look backward and see all that we have created after starting the project with 2,000 USD capital I am convinced that we will succeed.

Every person has the potential to become whoever they want, we humans are designed to be capable to be doing what we want but you need the appetite, the ambition, and that is what we have.


HBR readers include the top decision makers and business leaders around the world. What is the final message that you would like to transmit to them?

The first step for an investor coming to Myanmar is to choose the right partner and then of course appetite and enthusiasm. At Myanmar Imperial College we have that passion and we are ready to rebrand our country delivering the message that we have capable and promising people.

We welcome every partner to work together because the competition is the only thing that makes you better. Without competition, there would not be success stories. It forces you to think of how to improve and make things better every day in order to stay one step ahead of your competitors.